Rita has been an instrumental music teacher in the South Orange/Maplewood School District since 1976. For many years she taught both string and band instruments in grades ranging from 4th – 6th. For the last ten years she has been the orchestra director and teacher of all the Grade 6 String players in Maplewood and South Orange Middle Schools. She also has taught string instruments and piano privately.

Rita is a dedicated, student-centered music educator. She has always totally supported her students – musically, emotionally, and socially. She often orchestrates her own arrangements for her students so that they are suitable to every student’s ability.

Nicole has a Bachelor of Music degree from William Paterson University. She studied privately with Oscar Ravina and Garry Ianco of the New York Philharmonic as well as with Franco Gennerelli and Matthew Reichert.

She has performed with the High Mountain Symphony, New Jersey Philharmonic, Monmouth Symphony Orchestra and the William Paterson String Quartet. Currently, Nicole is a violinist with two local rock bands, Waking Lights and Bern and the Brights. The latter was recently named one of New York City’s top 50 emerging artists.

In addition to performing classical and contemporary music, Nicole works as a studio violinist. She is an avid string arranger as well as producer and recording engineer. Nicole served as a media intern at the Metropolitan Opera and as an assistant live recording engineer at Symphony Space in NYC.

Nicole also has a deep passion for literature and writing. Her favorite authors are Kerouac, Ginsberg, Burroughs, Bukowski, Palahniuk and Ferlinghetti.

He has performed with numerous orchestras, including the Metropolitan Orchestra, Ridgewood Symphony’s Project Symphony, Bloomfield Symphony, Society of Musical Arts, South Orange Symphony, Columbia-Barnard Symphony, West Orange Collegiate Music Association, and many other chamber groups and societies. He has been teaching privately since 1974.

Oliver has extensive vocal and choral experience. In addition, he has had compositions and arrangements commissioned by various performing groups. Oliver believes in educating each student as a musician, not only as a cellist/pianist, and including aspects of theory and history as the situation – and student’s interests and capabilities – warrant.

Marina received her Bachelor’s and Master’s Degree from Gnessins Academy of Music in Moscow. She taught at Moscow City Music School from 1985-1990. Since 1990, Marina has been teaching privately in Russia, New York, and New Jersey. She was an instructor at the Village Music Guild in New York City and Arts on the Hudson in Jersey City.

Marina has extensive experience teaching violin, viola, and music theory. She has instructed individuals and groups, conducted string orchestras, and transcribed music for string instruments. Maria prides herself on being a responsible and reliable person, as well as a motivated, creative, and patient teacher.

Marie’s career as a violinist has been an exciting and fulfilling journey!

Marie began studying the violin at age 4. Growing up in Yeadon, Pennsylvania, Marie won a scholarship to the Curtis Institute of Music where she studied with Veda Reynolds, a member of the Philadelphia Orchestra. Marie also graduated from the University of Pennsylvania with honors.

Marie has been teaching in the tri-state area for many years. She has played professionally with many groups including the Colonial Symphony, the New Jersey State Opera and the Westfield Symphony. She has performed with such luminaries as Luciano Pavarotti, Placido Domingo, Johnny Mathis, Tony Bennett, Birgit Nilsson, Anna Moffo and Peggy Lee. 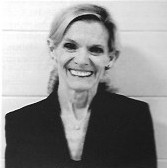 Barbara received her Bachelor’s Degree in Music from the University of Maryland and earned her Music Ed degree at Kean University.

Barbara taught strings in the Summit Public Schools for 26 years. She was the High School Orchestra Director at Summit HS and conducted the Symphony orchestra as well as the Chamber Orchestra. Her work with the award-winning Hilltop String Quartet earned them the honor of performing at Alice Tully Hall four times.

Barbara has been a frequent orchestra clinician and adjudicator throughout New Jersey and has performed with various string and vocal ensembles in both NJ and Maryland. She maintains a leadership role in many state orchestra committees and is Past President of the NJ chapter of the American String Teachers’ Association. She is on the board of Lyrica Chamber Music and served on the All State Procedures Committee for ten years.

A highlight of her career was conducting the SHS Chamber Orchestra and Chamber Choir at Carnegie Hall. Barbara is a great motivator of students of all ages. She devotes an emphasis on an environment where students feel respected and special and are able to achieve their highest potential. In Summit, she worked with elementary students in all the elementary schools and prior to her career at SHS, she was the orchestra director at LCJSMS.

Barbara loves the intriguing relationships she develops through her private teaching and the satisfaction as students grow musically and reach their goals.

If you would like to register two students to take advantage of this offer, please do the following:

This offer expires at 11:59pm on Tuesday, November 3rd.

Want to hear more?
Check out our recording of Friend Like Me, featuring the clarinet and its wide tonal range:

Want to hear more?
This video of Under the Sea features the flute:

Want to hear more?
This video of It’s a Small World features the alto saxophone:

Want to hear more?
This video of Somewhere Over the Rainbow features trombone:

Want to hear more?
This video of the Rocky theme features trumpet as the main instrument:

Upright bass, also called string bass or double bass, is a member of the orchestra family. Just as often, however, it appears in jazz, bluegrass, folk, and other genres. With a large hollow body and 4 thick strings, the tones produced by the upright bass are low and rich. The instrument is capable of long, expressive tones when played with a bow; and short, percussive tones when plucked with the strings. String bass is a dynamic and impressive instrument to play!

Although it is one of the biggest instruments in band or orchestra, they come in a variety of sizes to accommodate younger players.

If this is your first year in orchestra, you may need to check with your music director to see if upright bass is an option.

The oboe is a woodwind and a member of the double-reed family. It is played by blowing air through the reed, attached at the top of the instrument. The reed consists of two very thin pieces of cane, pressed together with a small opening to allow air to pass through. The sound can be high in pitch, but it has a variety of colorful tones, from bright and piercing to low and mysterious.

Oboe players must become familiar with the key system, which can appear complex at first. With daily practice and patience, playing the oboe can be fun and rewarding!

2. When you have signed up or logged in, you will see this page.

5. To authorize your credit card for payment towards the class, select the card and click Save.

6. You will then see this confirmation, finalizing your registration into the class. To view your payment at any time, click Reporting–Payments from your TeacherZone profile.

Elefante Music Private Lesson Inquiry Form
Thank you for your interest in taking lessons at Elefante Music! Please fill out this form and we will contact you with more details based on the information you provide.

School returns are no longer accepted at this time.

Thank you for renting from Elefante Music! Have a great summer!