As a proud member of Actors’ Equity Association, Karen’s professional credits include the role of Venus in the long-awaited revival of Kurt Weill’s One Touch of Venus at the Goodspeed Opera House. She played Louisa in The Fantasticks with the Miami Opera, toured as Susan in The Desert Song with Ron Raines, played the title role in Naughty Marietta in New York City, Josephine in HMS Pinafore, The Mistress in Evita with Carolee Carmello, Anna in Tintypes, Maria in The Sound of Music, and Starting Here, Starting Now in the Cayman Islands. On the concert stage, Karen’s credits include West Side Story at the Caramoor Festival, musical comedy selections at Carnegie Recital Hall, and a debut as Cunegonde in Candide at Michigan’s Midland Center for the Arts. On television she has been seen as Katie on ABC’s All My Children.

Karen has written, directed, and or served as the musical director for several New Jersey productions that have met with popular acclaim, including  cabaret shows/revues for companies such as the Light Opera of New Jersey, South Mountain TheatreWorks, and the Summit Playhouse. For children’s theater productions, Karen has served as the director and/or musical director of Elefante’s productions of Once Upon a Mattress, Alice in Wonderland, Honk, Annie, and The Wizard of Oz. A fervent aficionado of The American Songbook, Karen’s cabaret performances have been seen at many local venues and countless private functions, charitable fundraisers, parties, and corporate events. Favorite stage roles include Alaura/Carla in City of Angels, Phyllis in Iolanthe, Liliane LaFleur in Nine, Signora Naccarelli in The Light in the Piazza, and Tessie in Gypsy.

Karen is particularly proud of the success of her students, many of whom have been cast on Broadway, National Tours, television, film, music video, top New York cabaret venues, professional regional theaters, local community theaters, and their school plays and musicals. 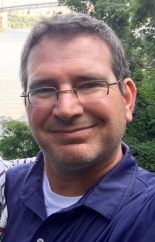 Born and bred in New York City, Eddie Guttman has performed all over the world – from Prague and Berlin to Papermill Playhouse and the legendary club CBGB’s. For over a decade, he served as the pianist for The Meet The Artist Series at Lincoln Center. Eddie graduated with honors from Binghamton University where he received a Bachelor of Music in piano (voice minor). His main teacher there was world renowned pianist Walter Ponce. He also spent time as a student of Seymour Fink. Subsequently, Eddie received a Masters of Music from NYU in composition, studying exclusively with Marc-Antonio Consoli. An award winning composer, Eddie’s commissioned piece “Equilibrium” was written for and performed by then NYC Ballet principal dancer Peter Boal.

Eddie loves working with singers – as a piano accompanist, a voice teacher and as an audition coach. Eddie has had the honor of being selected “Favorite Piano Accompanist” by the readers of the national publication Back Stage, and has also been featured in the book “Voice Teachers and Vocal Coaches of NY: The One and Only Guide.” Previous clients and students from the Broadway stage and TV have included: Mary Illes (Phantom, Music Man), Ta’Rea Campbell (Aida, Hamilton), Eric Scott Kincaid (Newsies, Cats), Brad Oscar (Something Rotten!, The Producers), Adrienne Moore (Orange is the New Black), Andrea Dotto (Bandstand), Doug Plaut (Unbreakable Kimmy Schmidt), Kathy Brier (Hairspray), Bashira Cresswell (Lion King) and Joel Robertson (Les Miz). Additionally, he has instructed students at The New School/The Actors’ Studio, NYU, Marymount Manhattan College, Wagner College, Horace Mann and Packer Collegiate.

Eddie has been music directing and conducting in the theater for many years. These productions include: The Book of Merman (starring Tony Award Nominees Carolee Carmelo and Max Von Essen, and Emmy Award Winner Penny Fuller), the BEAT Gala honoring Jimmy Smits (featuring Tony Award Winner Billy Porter, Eden Espinosa and Kimiko Glenn), The Irish Rep’s Off Broadway productions of Peg Of My Heart and A Celtic Christmas, as well as Montclair State University’s production of Best Little Whorehouse in Texas. Other recent productions include: The Music Man, Little Women, The Last Five Years, Guys & Dolls, and William Finn’s Elegies. He also served as Associate Conductor of the Broadway-aimed workshop of Sugar Babies (starring Tony Award Nominees Michael McGrath and Beth Leavel).

Diane has been a working professional singer/writer/producer in the music industry since her teenage years. Growing up in a small suburb outside of Boston, Diane was hired as a young girl for various gigs in the performing arts and starring in local plays. She eventually graduated from Boston Conservatory with a BM degree in voice and piano. She spent her summers performing at Keene State College Summer Theater starring as Eliza Doolittle in ‘My Fair Lady,’ Marian in ‘The Music Man’ and Nettie Fowler in ‘Carousel. Her affiliation with music education establishments such as Berklee College of Music launched her recording session career and she moved to New York City where she became a session singer for radio and television commercials and voice-overs.

She was hired to sing jingles for many popular brand advertisements including Diet Coke, Hawaiian Punch, My Little Pony, Chevrolet, Nestle Sweet Dreams and many more. She sang the solo on the commercial Max Factor which won a Clio award. Diane has worked in the studio with greats Michael Bolton, Cyndy Lauper, Patty Austin, George Clinton, Bebe & Cece Wynan, Marc Cohn.

Diane’s keen sense of understanding singers’ voices eventually landed her a job coaching and producing young potential Broadway stars. She was the vocal producer for 3 ‘Broadway Kids’ albums. She was also a talent scout for Ed McMann’s ‘Star Search’ where artists like Britney Spears and Beyonce were discovered. Now, after moving from New York, she has been coaching voice and teaching music in the area as well as performing at local festivals, and concerts with her band ‘Kings Road’. She loves developing singers’ voices and building their technique and confidence for the love of music and performing. She welcomes new students with open arms!

Ema Mitrovic, has been called a “stand-out” on the stage. Recently she made her Birdland Jazz Club NYC debut with composer/drummer Tim Horner’s group, Time Circle. In 2014, she was a finalist for New Jersey State Opera’s Alfredo Silipigni Vocal Competition, a semi-finalist at the 8th Annual Peter Elvins Vocal Competition, and was a featured artist at the NJ National Association of Teachers of Singing “Festival of Singing” where she performed works by Bizet, Britten, and Mahler. In 2013, Ms. Mitrović was heard as Siébel in a full production of Gounod’s Faust with Hudson Opera Theatre in Middletown, NY where her performance was described as “idyllic” and “bubbly”. She performed Octavian in the final trio of Der Rosenkavalier with Opera Theatre of Montclair, the roles of Maddalena (Rigoletto) and Suzuki (Madama Butterfly) with New York Lyric Opera Theatre and was a finalist in the company’s national vocal competition, Martine in a rarely performed Gounod opera, Le Médecin malgre lui, with Utopia Unlimited Opera Company, and placed first in the advanced lower division of NJ NATS, “Festival of Singing Competition”. In 2012, she had the pleasure of performing the title role of Bizet’s Carmen with Concert Opera of Philadelphia, the Abbess and Monitor (Suor Angelica) with Manhattan Opera Theatre, Prince Charming (Cendrillon) and a scenes concert at Carnegie Hall, “Love, Passion and Betrayal” with NY Lyric, and sang the third lady in a quintet from Die Zauberflöte with Chelsea Opera.

Along with operatic and recital work, Ema has recently joined forces with composer and drummer Tim Horner in fusing and experimenting with crossing over genres of music, particularly classical and jazz, with hints of Balkan Roma folk music. Ema is no stranger to the jazz community having had the pleasure of studying with Grammy nominated artist Roseanna Vitro and Allen Farnham while at New Jersey City University where she holds a BM in Voice Performance. She performed a full program of classical and jazz works at Smalls Jazz Club in 2014 which included works by Weill, Elgar, Britten, Ravel, Correa, Bizet, and Brahms.

During her studies at NJCU, Ema was under the tutelage of Metropolitan Opera tenor, Anthony Laciura, who has gained critical acclaim for his portrayal of Eddie Kessler in the Emmy award winning HBO series, Boardwalk Empire. During her studies she performed the roles of Carmen (La Tragédie de Carmen), first witch (Dido Aeneas), Mrs. Gobineau (The Medium), mother (Amahl and the Night Visitors), and the third lady (The Magic Flute). Upon graduating, Ema was accepted into the young artist program, Coaching Divas, where she intensively worked on leading mezzo-soprano repertoire.

Ema is a regular cantor and alto section leader at Saint Vincent de Paul RC Church in Bayonne, NJ. She is also an educator who teaches voice, clarinet, and drums.

If you would like to register two students to take advantage of this offer, please do the following:

This offer expires at 11:59pm on Tuesday, November 3rd.

Want to hear more?
Check out our recording of Friend Like Me, featuring the clarinet and its wide tonal range:

Want to hear more?
This video of Under the Sea features the flute:

Want to hear more?
This video of It’s a Small World features the alto saxophone:

Want to hear more?
This video of Somewhere Over the Rainbow features trombone:

Want to hear more?
This video of the Rocky theme features trumpet as the main instrument:

Upright bass, also called string bass or double bass, is a member of the orchestra family. Just as often, however, it appears in jazz, bluegrass, folk, and other genres. With a large hollow body and 4 thick strings, the tones produced by the upright bass are low and rich. The instrument is capable of long, expressive tones when played with a bow; and short, percussive tones when plucked with the strings. String bass is a dynamic and impressive instrument to play!

Although it is one of the biggest instruments in band or orchestra, they come in a variety of sizes to accommodate younger players.

If this is your first year in orchestra, you may need to check with your music director to see if upright bass is an option.

The oboe is a woodwind and a member of the double-reed family. It is played by blowing air through the reed, attached at the top of the instrument. The reed consists of two very thin pieces of cane, pressed together with a small opening to allow air to pass through. The sound can be high in pitch, but it has a variety of colorful tones, from bright and piercing to low and mysterious.

Oboe players must become familiar with the key system, which can appear complex at first. With daily practice and patience, playing the oboe can be fun and rewarding!

2. When you have signed up or logged in, you will see this page.

5. To authorize your credit card for payment towards the class, select the card and click Save.

6. You will then see this confirmation, finalizing your registration into the class. To view your payment at any time, click Reporting–Payments from your TeacherZone profile.

Elefante Music Private Lesson Inquiry Form
Thank you for your interest in taking lessons at Elefante Music! Please fill out this form and we will contact you with more details based on the information you provide.

School returns are no longer accepted at this time.

Thank you for renting from Elefante Music! Have a great summer!